As an American living in Germany, the 2016 US presidential election cycle proved difficult to stomach. More than anything, Trump’s presidency represents an unpredictable future domestically and abroad. As I write this, I am partially still in shock, meaning that my reaction is not necessarily as realistic or cautious as it should be. His wildest campaign promises, if fulfilled, would mark a radical shift in federal government policies as well as the international order. Many Americans are looking back for someone to blame, and they have their choice of targets: the Clintons, Bernie Sanders, the Democratic National Committee, the crowded field of Republican primary candidates, newspapers and TV stations which gave Trump outsized media coverage, or the political establishment in general. There are electoral structures in place that can be blamed as well, and these have resulted in detriment of the rights of women.

In the US’ winner-take-all presidential system, also known as first past the post (FPTP), there can be only one rational electoral goal: be the candidate with a plurality of the votes. This often means being slightly in the majority. Anything less than a plurality results in zero political representation. This system is traditionally thought to encourage political moderation; even extremist candidates that perform well in a primary will perform poorly in a general election. As we can see, however, the Republican Party exercised little leadership or guidance during the nomination process, and in the end, their extremist candidate was victorious. Up until Election Day, in which Republicans secured both houses of our legislative branch and our executive branch, these party leaders publicly and privately considered the nomination of Donald Trump a disaster. If a FPTP system is to succeed, political parties must have control over their electoral candidates. I blame the FPTP electoral system for encouraging only two mainstream political parties as well as the Republican Party for exercising no control over the nomination process. Its own traditional views were cast aside in favor of an anti-women, anti-religious freedom, and anti-environment platform.

Donald Trump is not just an unpredictable candidate because of his status as an “outsider”, however. He is unpredictable because he frequently shifted his position on basic policy issues, remaining constant only on the most dishonest and xenophobic of his rallying cries: crime in American cities is getting worse (it’s not), the US is being flooded with Mexican immigrants (net migration is negative), and a revival of race- and religion-based immigration policies from the 1940s (a regression to pre-civil rights era notion of which ethnic groups belong here). Even if these claims were just populist agitation, what I fear most is how such language will affect ordinary Americans. Notable Donald Trump supporters encompass extremists ranging from the Klu Klux Klan to modern forms of white nationalists (the “alt-right”). He has at times either refused to denounce their support, done so reluctantly, or even actively endorsed their messages via social media. School children in 2016 are the most diverse group of Americans in history, and I have genuine concerns that the language of white nationalism will cross over into what will be at best, a generation of racially degraded American youth. At worst, it could generate even more domestic terrorism by nationalists, a persistently threat the physical safety of my family and friends.

As a student of international relations, I also have concerns about the world order. This is where I may be way off of the mark, and let’s hope I am! As I see it, the post-1945 world order is designed to benefit the national interests of the United States and its allies, from rule- and norm-setting influence to the location of its institutions and the veto power the US holds within these institutions. To the detriment of US national interest and global stability, Donald Trump rejects this world order. All countries which depend on this international system for trade, stability, security, and consensus must now recalculate their position in the world. I believe our international system is a force for good; until this election, I was optimistic that we are moving towards addressing anthropogenic climate change. Eastern European countries that cooperate with NATO must also reconsider the honesty of NATO’s commitment to security in that region. A physical or metaphorical along our border with Mexico represents a regressive disruption of economic integration and partnership in North America.

Only time will tell how much Donald Trump’s words will translate into action. The next four years will be an unprecedented test of our checks and balances, both official (separation of powers, three branches of government, federalism) and unofficial (the durability of a free press and the willingness of citizens to engage in politics). As the current shock of these election results wear off, I genuine hope that my pessimistic words prove untrue. I genuinely hope that environmental, labor, and anti-discrimination regulations remain in full force throughout the next four years, and hope that I am wrong in predicting persecution of women and religious, ethnic, and other minorities. I also hope that our political parties fight to develop candidates within their ranks who can accurately represent American values. 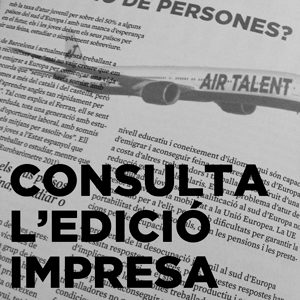